10 Anime Characters That Use a Katana 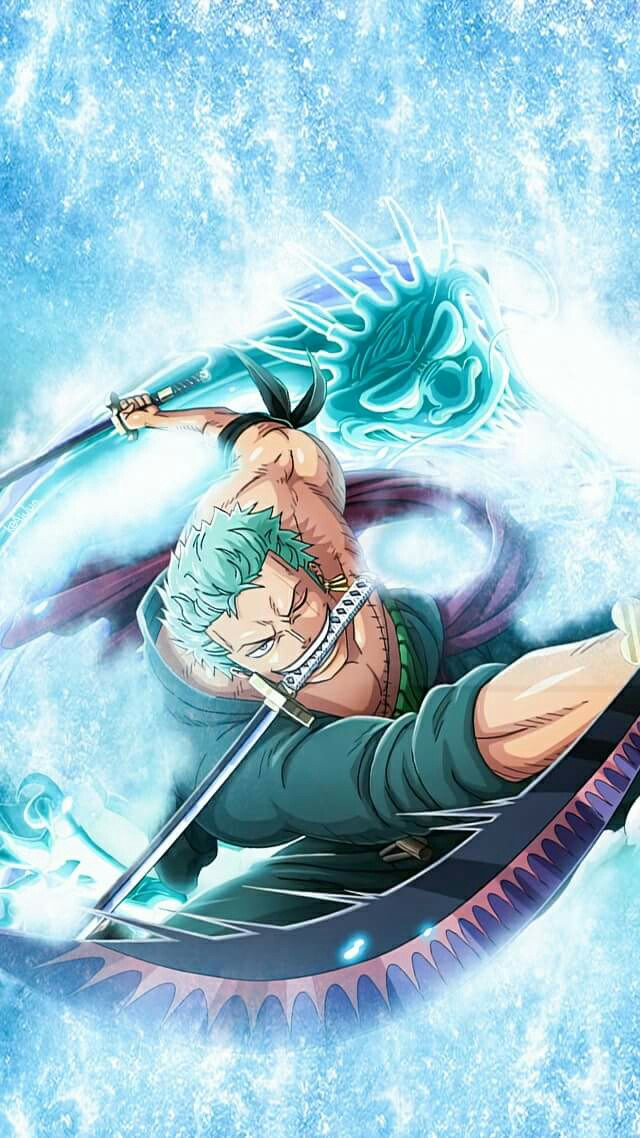 Anime covers various themes and sub-genres like any other form of media.

Some shows are based on romance, high school, ninja, and even samurai.

One common theme across many shows is sword-fighting. Katanas are a big part of Japanese culture and are often featured in Anime.

What are some of the most iconic Katana wielders in Anime? Well, let’s find out.

Samurai X is a show that highlights the peak of anime in the late 90s. The show follows the adventures of Kenshin Himura, a wandering swordsman.

Kenshin is a relic of the warring era (Bakumatsu), trying to atone for his sins in the 11th year of the Meiji period. He wanders Japan, saving as many lives as possible while trying to blend in.

Kenshin is a kind soul who doesn’t hesitate to help strangers. At the show’s beginning, he ends up in a small town and befriends Kaoru and her family.

Kenshin’s personality changes whenever he is in combat. He earned himself the moniker ‘Hitokiri Battosai’ during the Bakumatsu and was a cold yet effective assassin.

Kenshin is a deadly swordsman and practices the Hiten Mitsurugi-Ryu style. Kenshin is ranked among the strongest swordsmen on the show, surpassed only by his master.

Gintoki is the protagonist of the Gintama series, a show known for its slapstick comedy and unique characters.

Gintama is set in a fictional iteration of japan where humans and the Amanto (aliens) work and live side by side. Crime is common and rampant though it is meant to be a peaceful era.

Gintoki is a product of the Joui war; a battle fought between Samurai and the Amanto.

Gintoki is a lazy man and is often seen wearing a bored expression. He is fairly poor and often behind on his rent.

Gintoki is a fierce and skillful swordsman. Gintoki was widely known as Shiroyasha during the Joui war. This roughly translates to ‘the white demon.’

Akame ga Kill is infamous within the anime community. You either love it, or you hate it.

Akame is the deuteragonist of the show. Her name appears in the title, and she is essential to the plot.

Akame was once an empire assassin. She joined the rebels when she was sent to kill their leader.

Akame is a very coldhearted and blunt person. Thankfully, she has a soft spot for her allies and shows a humorous and light-hearted side when among friends.

She wields Murasame, a sword coated with a deadly curse with no remedy.

Akame does not need to rely on her sword. She is incredibly skilled and can easily take down the mightiest of foes. 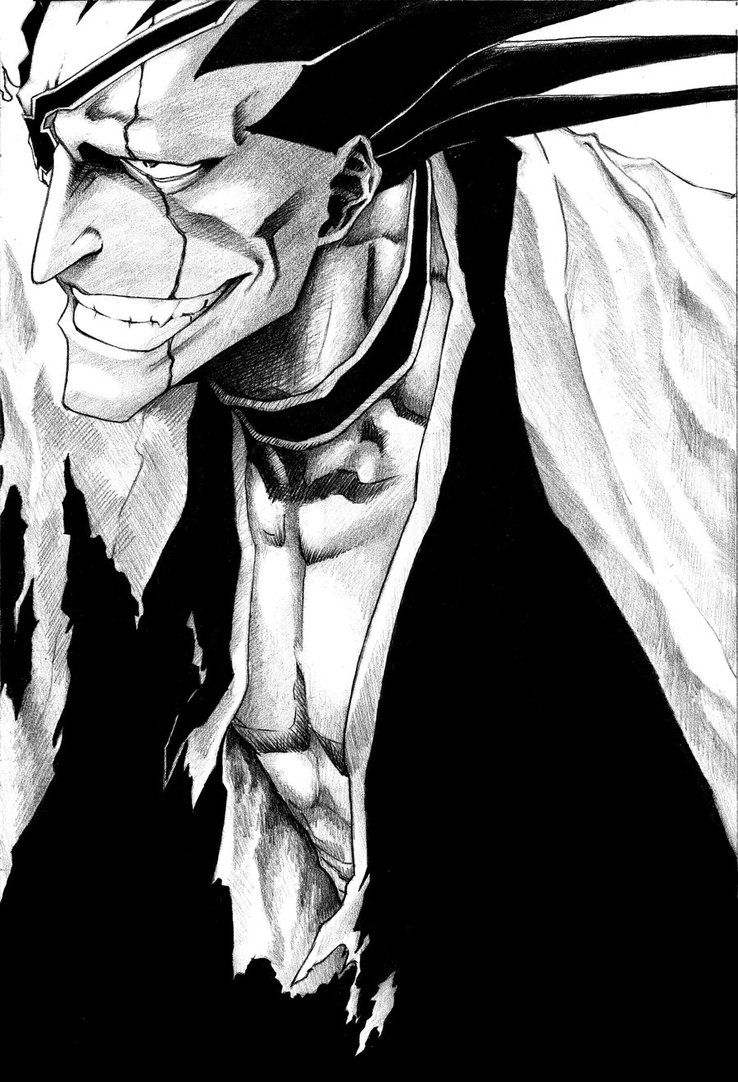 Zaraki is a fearsome Shinigami from the Bleach series. He is a captain-ranked swordsman that is well known on the show.

Kenpachi is a title held by the strongest Shinigami in a generation. Therefore, the only way to claim the title is to kill the current holder.

Kenpachi achieved his status without knowing his sword’s name. He fights with a Katana that has a chipped edge.

Kenpachi relies solely on his strength for most of the show. He doesn’t learn how to use his blade until the very end.

All I know is:

If I see Zaraki coming after me, I’m out of there!

Zenitsu is one of the main characters of Demon Slayer.

Zenitsu can seem cowardly at first. He is pretty vocal about his dislike for the Demon Slayer profession, and he prefers to avoid unnecessary conflict.

Zenitsu is a skilled swordsman. He uses a standard Nichirin Katana when fighting. His blade has lightning streaks on it.

Zenitsu is ordinarily timid. He utilizes the thunder breathing technique but was only able to master the first form.

Zenitsu is highly skilled with the first form. Thunderclap and flash is very similar to the fast unsheath and sheath style of laijutsu.

Zenitsu is so proficient with the first form that he has created many variations of the technique. He has even taken it a step further and created a new form.

Rin is the protagonist of Blue Excorcist, a show about demons and exorcisms.

The plot revolves around Rin Okumura and his brother, Yukio. They are both sons of Satan and were born under unique circumstances.

Blue Flames enveloped Rin as soon as he shot out of his mother. The exorcists tried to kill him but could not. His power was oppressive, even as a child.

Rin’s powers were sealed within Kurikara, a special demon sword created by Mephistopheles.

Kurikara could only contain Rin’s demon heart until he turned 15. His powers soon became greater than what the blade could hold, and it returned to him.

Rin gains access to his blue flames whenever he draws Kurikara. He learns to control his flames as his power grows during the show. 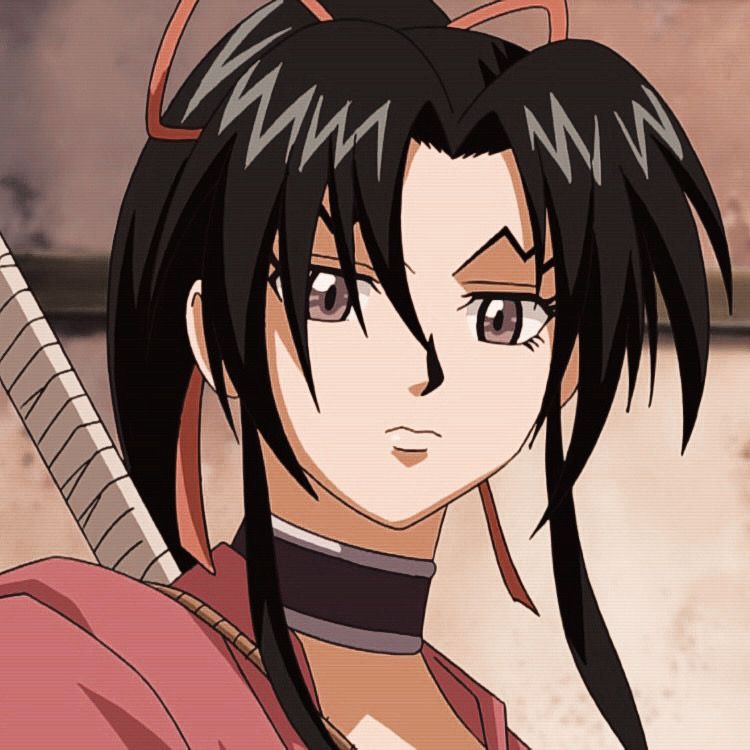 Shigure is a weapon prodigy and a master at Ryozanpaku. She is the youngest master at the dojo and the most mysterious.

Shigure’s father was an infamous weaponsmith known for creating the finest Katanas. She wields his final masterpiece, a tsuba-less Nodachi.

Shigure’s skills are the real deal. Her father was a super master level swordsman that fought head to head with Akisame, a Jujitsu master.

Shigure’s father was sick and still held his ground at the time. He loved his daughter whole-heartedly and left her his final masterpiece.

Shigure followed in her father’s footsteps and began a master herself. She prefers to wield the Nodachi he left to her.

Shigure is a weapon master and can fight with anything. She once beat a group of girls with nothing but a wooden spoon.

She is the successor of the Kosaka style and tries to teach what she knows to Kenichi while battling difficult foes.

Mifune is a legendary swordsman from the Soul Eater universe. He was so skilled that he became known as the God of the Sword.

Mifune guards the little witch, Angela Leon. She is his top priority, and he will not hesitate to kill anyone who tries to harm her.

In the show, Mifune was an oppressive fighter. He used a unique sword style that utilized a large collection of blades.

Mifune does not use all these swords at once. Instead, they are spread across the battlefield, and he could brandish them anytime.

Mifune was so skilled with the sword that his opponents often felt limited in their movement.

Mifune was not one to seek out combat. He acted only to protect the little witch, Angela Leon.

Yami is the captain of the Black Bulls magic knight squad.

Yami is a hot-headed man that is prone to confrontation and easily angered. He isn’t the best at making small talk, either.

Yami is an exceptionally skilled swordsman, and his strength is respected throughout the kingdom.

Yami wields dark magic, a rare type even among the most powerful mages in the kingdom. He channels this magic through his katana during combat.

While his magic is pretty slow, Yami makes up for it with his inhuman speed. He is also a master of reinforcement magic, which he uses to bolster his speed.

Yami is not a superficial man. He noticed Asta’s potential and gave him a chance at the show’s beginning.

One Punch man is a show that features many impressive heroes. Atomic Samurai is one of the strongest heroes that appear on the show.

Atomic Samurai is a master and is respected as the strongest swordsman on earth. He is the number four hero in the hero association.

Although Atomic Samurai is a hero, he does not have any powers. That goes to show how frighteningly skilled he is.

His sword technique is so strong that he can cut down an opponent, hundreds of times within a split second.

We see this whenever he uses his signature move, the atomic slash.

Atomic Samurai is a prideful person and only respects the strong. And he dislikes being called weak.

The katana is more than a weapon. Many of the swordsmen on this list argue that it is an extension of the user’s body.

The characters on this list have poured heart and soul into their katanas. And it is always a delight to see a clash between skilled swordsmen.

Did you see any of your favorite characters on this list? Did we miss out on any? Let us know down in the comments section!