Skip to content
Home » Anime » Who Designed the Naruto Characters?

Who Designed the Naruto Characters? 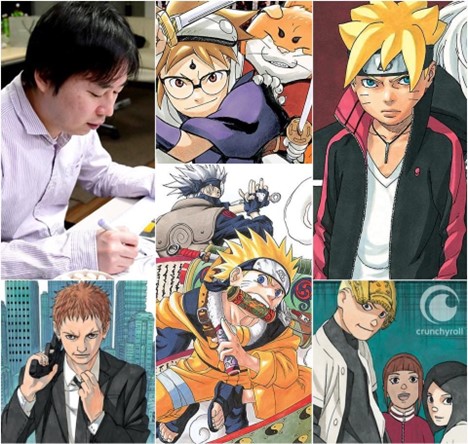 Have you ever wondered who is responsible for designing Naruto‘s unique, eye-catching characters?

Are you a fan of the show, or do you appreciate the cast of characters and their engaging stories?

The person responsible for making Naruto happen is none other than the critically acclaimed mangaka, Masashi Kishimoto.

Who is Masashi Kishimoto, and how did he rise through the manga and anime industry to become the man he is today?

While Kishimoto is mostly known for Naruto, he had an interesting early career. So bear with me as we look at the rise of Masashi Kishimoto.

Imagine what it was like to be a manga artist in the late 1990s. Manga and Anime were beginning to gain traction, and the demand was high.

This meant that the competition was fierce. Many artists fought to create something that would capture an audience.

Masashi Kishimoto was one of those artists. We all know how hard it is to stand out. It’s difficult to make a name for yourself, especially in a saturated industry.

Kishimoto didn’t let this get him down. Instead, he worked hard on early titles like Karakuri, Asian Punk, and Mario.

He saw his first taste of success when he submitted Karakuri to Shueisha magazine. He received the “Hot Step Award,”  and began working on the title earnestly.

Karakuri wasn’t as well received on release as Kishimoto’s publishers hoped. As a result, he was forced to revisit the drawing board, which was when he finally got a break.

The Success of Naruto

Naruto has risen to mainstream status, cementing its place in pop-culture history. But the show wasn’t always as well known.

Naruto began as a stand-alone one-shot that was later revisited and improved.

Kishimoto’s editor saw potential in the story and encouraged him to work on it. So they revised the plot and created a pitch that won them a spot in Weekly Shonen Jump.

From that humble beginning, Naruto has grown into a titan franchise, with a dedicated show, movies, video games, and merchandise.

Dedication to the Craft

Did it all happen overnight? Well, not exactly. Let me explain.

The manga industry in Japan is cut-throat. As a result, thousands, if not hundreds of thousands of talented individuals, fight for an opportunity to make it.

Landing an opportunity is just the beginning. Mangakas have some of the longest hours when compared to other professions.

Some spend up to ten hours daily writing, drawing, or inking. And it only gets worse days before a deadline.

Sounds difficult? That’s because it is.

Kishimoto is one of the hardest-working Mangakas in history. He hardly ever took time off and worked on Naruto with a laser-like focus.

His dedication and attention to detail reflect in his work. Naruto has one of the most interesting plotlines and settings in all anime.

So did the show reach success overnight? No, it didn’t. But it’s about the journey, not the destination.

A Late Honeymoon and the End

Masashi Kishimoto got married as early as 2003. But sadly, he could not have a proper Honeymoon due to his workload.

His unwillingness to take a day off shows how much he loved his work. He was determined to keep the chapters flowing and returned to it after his wedding.

Kishimoto worked on Naruto consistently for sixteen years! Think about it for a moment.

That’s a lot of time, but he didn’t mind. The manga inevitably concluded in 2015. The work was finally done.

Masashi Kishimoto and his wife finally had a chance to go on a honeymoon, and they took full advantage of it.

We could all learn something from Kishimoto. He had no time for distractions and even prioritized his work over his honeymoon.

The Next Generation (Boruto)

Naruto concluded in 2015, and the Anime caught up shortly after. This marked the end of an era, and everyone had the same question in their mind. “What Comes Next!?”

Rumors began to circulate about a possible sequel to the show. Meanwhile, Masashi Kishimoto was working on something with Ukyo Kodachi.

This is how Boruto: Naruto the Movie was born. The movie was well received, but Kishimoto did not originally plan to create a full show from the idea.

He later decided to stay as a supervisor for the manga series, Boruto: Naruto Next Generations. The lead illustrator is Mikio Ikemoto, Kishimoto’s former assistant.

Ukyo Kodachi stepped up and wrote the Boruto story. As we all know, the pilot chapter captured our curiosity by showing Naruto’s death.

Masashi Kishimoto took over the writing after 52 chapters, and the manga is still going strong.

The Golden Years are Over

Naruto was more than just a well-written story. Many people started reading manga and watching anime because of it.

Many people still consider Naruto their favorite show. Sadly, the story is complete.

An era of anime has gone by, and new shows are starting to make a name for themselves.

You might be thinking, “What does this mean for the future of anime?”

Masashi Kishimoto helped usher in a new age of Anime. We have no idea what the future holds, but the story is just beginning.

On a lighter note:

Feel free to comment below. I would love to hear your thoughts on what Kishimoto achieved.

Why did Kishimoto stop writing Naruto?

Masashi Kishimoto had a hefty workload. He risked facing massive burnout if he continued at the same pace. As a result, he decided to take a step back.

Kishimoto co-wrote Boruto with Ukyo Kodachi. He took over as the main writer from chapter 52.

What was Naruto Inspired By?

Masashi Kishimoto has cited Dragon Ball Z as one of his main inspirations during interviews. He modeled Naruto Uzumaki after Goku in terms of energy and personality.

Did Masashi Kishimoto Take Over Boruto?

Masashi Kishimoto took over as the writer from Ukyo Kodachi. Kodachi was the main writer until Chapter 52.