Skip to content
Home » Anime » Decoding “Encanto” – Is There a Hidden Meaning Behind It?

Decoding “Encanto” – Is There a Hidden Meaning Behind It? 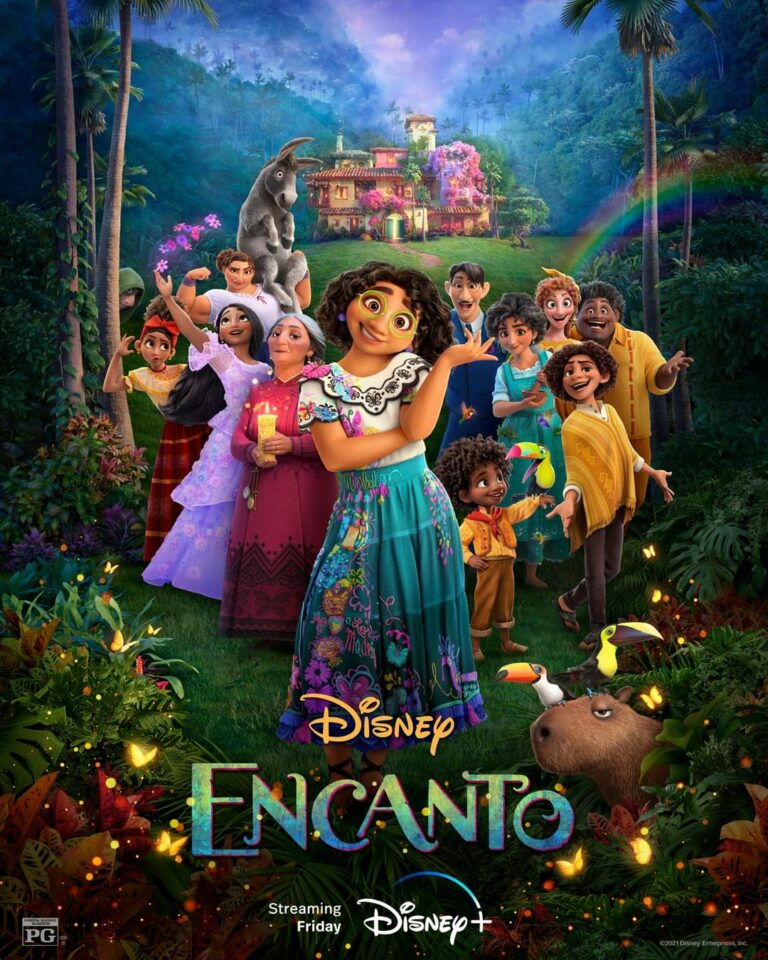 You’ve probably repeated the word “Encanto” many times over when talking about Disney’s Encanto. But, have you ever wondered…

What does the word “Encanto mean?”

Here’s what you need to know:

“Encanto” is a Spanish term that translates into charm or enchantment. It entails magic and intrigue that can change the world.

So, it’s no surprise that Encanto (the film) would have such a title. Generally, this is a film about magic and the traditions people have in their lives.

What is the meaning of the film – Encanto, and what makes it significant?

This movie and its plot can mean anything to the viewer.

Simply put, Encanto is a film with many meanings. The lessons it imparts are valuable, as the word “encanto” is about more than just magic.

Read on to learn more…

The Film is All About Wonder

What makes Encanto so memorable?

Encanto brings you into a world of magic and charm. The film is all about wonder and magic. The world of Encanto is a land of wonder and intrigue.

The valley and the family’s home (Casita) are all unique places where magic can happen. That’s why the family refers to it as a “miracle,” and they all treasure their various magical gifts.

There’s a sense of wonder in the film, as the gifts the family members have are truly unique.

A Sense of Appreciation

Another part of Encanto involves people feeling positive about themselves, as people can appreciate who they are.

Everyone in the Madrigal family has plenty of be thankful for, from the unique gifts the family members have to their connections with each other and their Colombian heritage.

Encanto is a film about how people can feel positive about the world around them. It is about helping people realize how unique they can be.

Even those who don’t have magic play a significant part in the world.

Respect For Each Other

There’s also the desire for family members to be friendly with one another.

Encanto is about family members understanding each other and respecting one another.

From reverence for Abuelo to Felix and Agustin respecting their wives, there are many ways how the Madrigal family members respect each other.

Even playful behaviors like Camilo pulling tricks on his sisters shows the respect and care everyone has. They understand each other’s needs and are willing to show support.

The wonder of family and the importance of being together and caring for each other is the main part of the story.

The story of Encanto is about respect and trust. The greatest threat in Encanto involves people not trusting one another.

One essential meaning in Encanto involves the importance of family sticking together.

Almost every member of the Madrigal family has a distinct magical power.

They can’t do everything alone. So, the family members know to stick together even when things are tough.

This value is further reinforced as their powers weaken. This sudden turn forces them to open to each other.

And that includes letting Bruno back into the family.

The Madrigals all have fun with each other; sometimes playing around with their gifts. But they all respect one another and are willing to care for each member.

This quality may not extend to Bruno at the start, but as things unfold, it’s clear that he plays an essential part in the family’s wellbeing.

Antonio, particularly, emphasizes this by learning more about Bruno’s concerns through talking to his rats.

Every person in Encanto is unique, but their uniqueness goes beyond their magical powers.

They are also unique through their imperfections.

It’s easy to assume that magical people are perfect, right?

That’s why acceptance is a major quality in Encanto. This goes well beyond Mirabel having no defined powers.

Part of Encanto involves celebrating the differences people have and accepting who they are. For example, people in the family start to respect Mirabel more even though she isn’t gifted.

Other enchanted family members also realize there is nothing wrong with being imperfect. Because the pressure to be perfect often takes the fun out of life.

Everyone assumes Isabela is the perfect girl, as she can make flowers grow anywhere. But even she isn’t able to do everything.

People soon begin to respect the limits of her power; making it a positive lesson for everyone to appreciate.

Here’s the next part:

The next meaning is about learning to accept oneself.

Encanto is also about how people can accept themselves and avoid trying to be people they aren’t.

Louisa is under immense pressure to exhibit calmness and stability in intense situations.

She has unlimited strength and always feels compelled to shun any form of weakness by doing all the heavy-lifting in and around Casita. But worry and the fear of coming up short start to weigh her down when her powers start to dwindle.

Moral of the story…?

Encanto shows that people should be willing to accept who they are or who they become.

For Louisa, the change involves going from being super-powerful to a woman of typical strength. And accepting that it has happened.

So, Encanto could also mean people not trying to be who they aren’t and accepting what they have and how they work with one another.

The Value of Communication

Another meaning of Encanto involves how people should be willing to communicate with one another; while being open about their thoughts and feelings.

Is this point important?

And it becomes more evident as the film progresses.

Mirabel begins to see more of Casita’s cracks before everyone else. However, in reaction to her warnings, the Madrigal family gets upset.

I’m sure many can relate.

In Encanto, Abuela is heavily controlling over her family. She strongly feels that she is the only one who can truly protect them and keep their gifts from harm.

Much of this comes from the trauma she experienced when her husband was killed.

From the film’s storyline, the lack of communication between family members is a vital part of why the house begins cracking.

Not only does Abuela try to hide her trauma from everyone but also the rest of the family shuns Bruno for being the bearer of bad news.

In the end, communication allows Abuela to heal old wounds and move past her trauma. Plus, it paves the way for the Madrigals to start finding solutions to future problems before they happen.

I’m sure this is a lesson we can all appreciate.

Encanto is a film with many intriguing meanings beyond magic and enchantment.

It’s a movie about the importance of family, accepting oneself, and being willing to communicate with others.

These are just some of the many qualities that make Encanto a memorable film.

With that in mind:

Do you have any questions or thoughts you’d like to add? Feel free to share them in the comments section below.

Well, Encanto – as a film – can also mean love. That because throughout this movie, there have been a lot of scenes that not only convey feelings of love and affection but also memories that are fueled by acts of love and selflessness.

What is the message from Encanto?

Encanto’s message is about the importance of family and how everyone in a family should be willing to get together and remain peaceful and loving. It is about how people should communicate with one another and be willing to accept their differences.

Why is Encanto called Encanto?

Encanto gets its name from how it is a term for magic and enchantment. The magic of Casita and the Madrigal family are essential parts of the story.

Is Encanto a Spanish word?

Encanto is a Spanish and Portuguese word that translates into charm, magic, and delight.