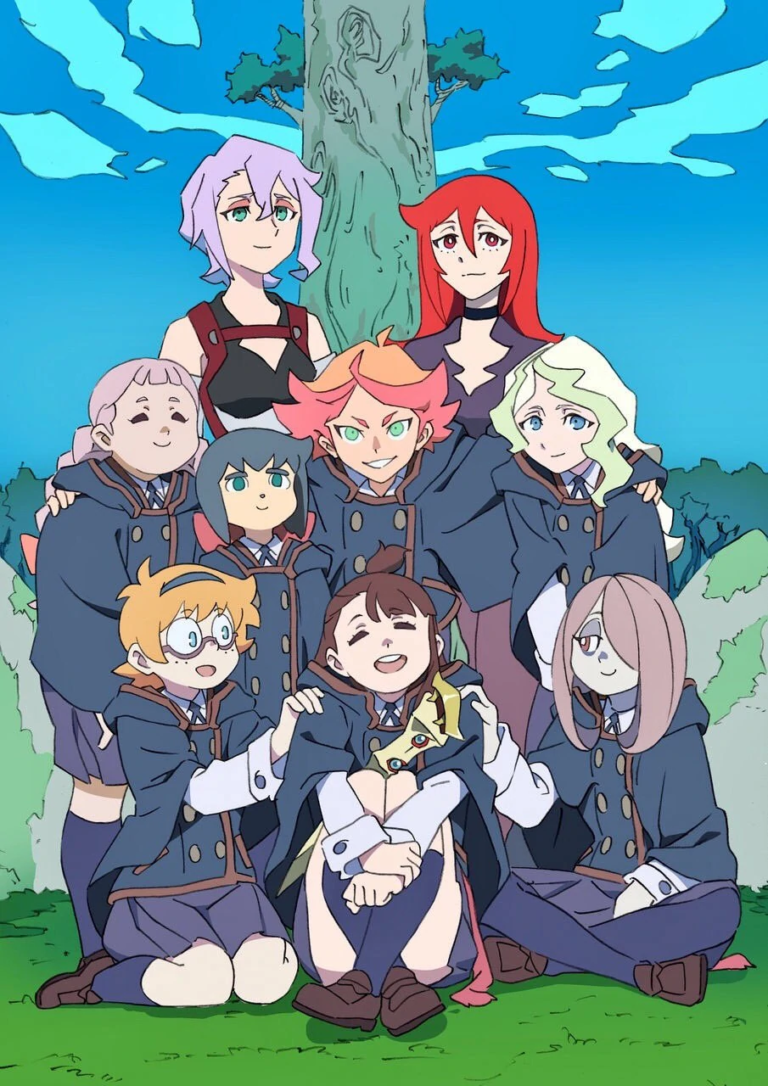 Little Witch Academia is a feel-good shonen that follows the daily lives of young witches.

The show has a colorful cast of wacky characters that vary widely in appearance and personality.

How old are they, and when were they born? Well, let’s find out… 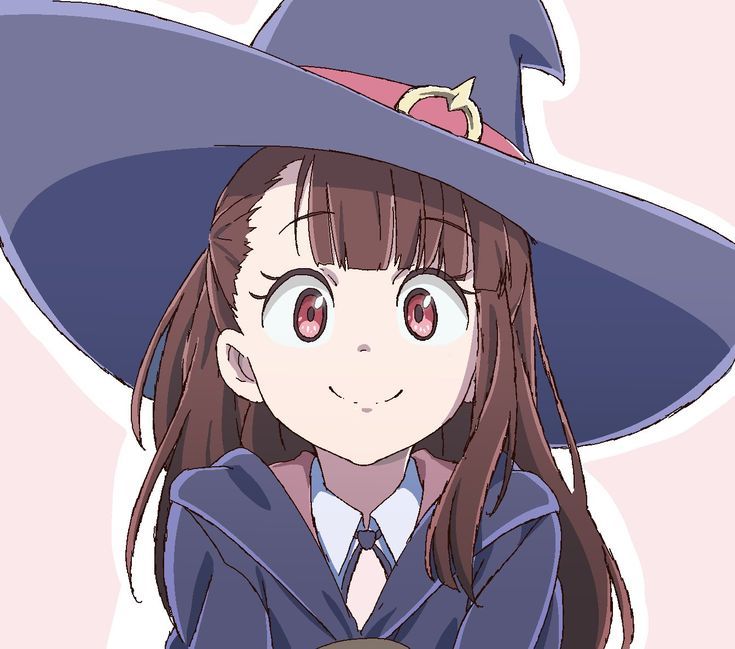 Atsuko Kgari is the protagonist of little witch Academia. She is cut from the same cloth as your usual optimistic and energetic protagonist, but she is also unique.

Atsuko idolizes Ursula Kallistis, better known as Shiny Chariot. She is a famous witch who inspires Atsuko to pursue magic.

Atsuko’s knowledge and perception of magic depend on what her idol personifies. She has a positive view of magic and wants to spread it far and wide.

Her lofty ideals and lack of magical talent make her infamous within Luna Nova Magical Academy.

Atsuko joins the school in hopes of mastering magic and becoming like her idol, Shiny Chariot.

Things don’t go according to plan, as she lacks talent due to her background. But she never gives up.

Sucy depicts the image that comes to mind when you think of a witch. She has pale skin, red eyes, and mauve hair that covers half of her face.

Sucy is best described as apathetic, strangely calm, and generally odd. Her tastes and behavior are eccentric, even among her kind.

Sucy enjoys performing experiments on her friends and is undisturbed by the situations that often terrify the other witches.

While she may seem uncaring, she cares deeply for her friends.

She feels deeply connected with Akko and fondly remembers their first meeting.

She doesn’t share in Atsuko’s lofty ideals and views magic differently, but they get along just fine.

Lotte is one of the main protagonists of the show. She is friends with Atsuko and Sucy.

Lotte often acts as the heart of the group. She looks after Atsuko as best as possible, trying to keep her out of trouble.

Atsuko idolizes Shiny Chariot and wants to become a witch like her.

Her determination often gets her into dicey situations.

Lotte has Atsuko’s back and is usually ready to bail her out of trouble when necessary.

Lotte is a timid and kind-hearted girl. She generally avoids conflict and rarely ever gets angry.

Lotte has a fierce side. She readily defends her friends when the situation calls for it and shows determination when dealing with difficult situations.

Atsuko occasionally tests Lotte’s patience. But she will always be there for her friends.

Diana is Atsuko’s rival at the Luna Nova Magical Academy. She is a gifted witch and a hard worker.

Diana and Atsuko often butt heads due to their conflicting views on magic. Diana also considers Atsuko’s views as lofty and often chastises her and her friends.

While Atsuko maintains that Shiny Chariot is nothing but a sham, she was secretly a fan.

It’s not something she seems to be proud of.

Diana is proud of her heritage and seeks to bring honor to her family name.

She refuses to be recognized for anything other than her hard work and dedication. While she has her pride, she is also selfless and seeks for her classmates to do well.

Chariot, better known as Shiny Chariot, is a central driving force for the show. She is usually referred to as professor Ursula on the show.

Shiny Chariot is driven by her desire to make people smile with her magic.

Her talent did not meet up to her expectations. However, her enthusiasm and determination led her to hone her skills.

Shiny Chariot was once a magical performer. She lived to make her audience smile with her magic.

Her fans only expected more and more. Soon, she could no longer meet their expectations and eventually stopped performing.

She inspired many, including Atsuko, the show’s main protagonist. Atsuko wishes to bring the joy of magic to all, just like Shiny Chariot.

Amanda is the resident troublemaker. She is a supporting character that adds some spice to everyday life at the academy.

Amanda is a fun-loving witch. Unfortunately, she is a self-labeled rebel and often gets in trouble due to her antics.

Amanda’s thrill-seeking affects her learning. She is a practical student willing to do whatever it takes to pass.

She doesn’t give her all to an activity she doesn’t admire.

She is passionate and enthusiastic about her likes. For instance, she takes broom flying very seriously and is one of the best in her class.

Amanda often gets into trouble on the show to a comic point. However, her antics provide a good laugh, and she is a thrill to watch.

Jasminka is the cheerful, food-loving member of her team. However, she is associated with the troublemakers for a different reason.

Jasminka is often eating something. As a result, she gets in trouble for eating in class and steals if she has run out of things to eat.

She can be persuaded with snacks and often gets into wild antics with her friends.

She maintains a positive outlook and always cheers her friends on when the going gets tough.

You probably noticed, but the characters are around the same age. Also, their ages are spread across the year.

They may be around the same age, but their appearances and personalities help them stand out.

Little Witch Academia is a show worth watching!

What did you think about the ages and birthdays? Be sure to comment your thoughts below!