Skip to content
Home » Anime » How Tall Are the My Hero Academia Characters?

How Tall Are the My Hero Academia Characters? 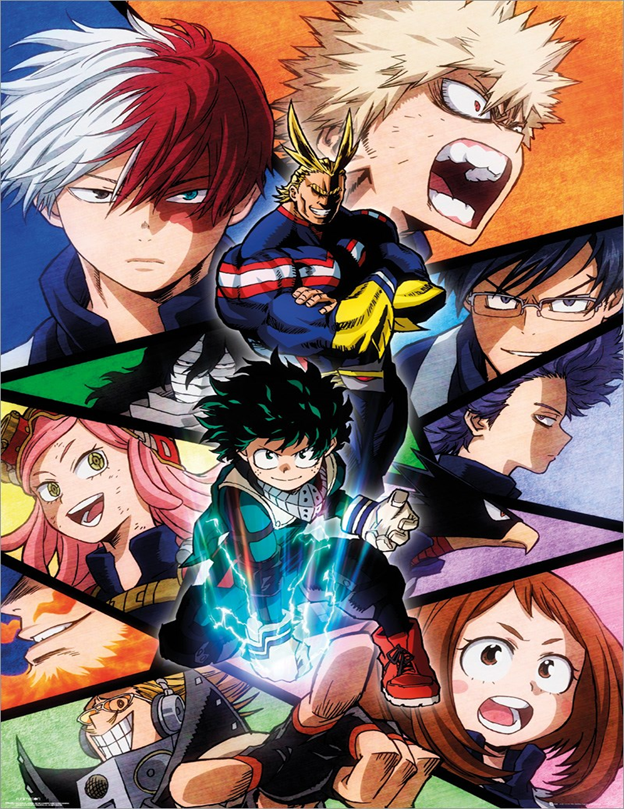 Do you want to know how tall your favorite My Hero Academia character is? It’s normal to be curious about random facts concerning the characters of a good show.

Grab a snack and stick around for the ride as we compare the heights of the My hero Academia characters.

My Hero Academia is a staple show of the new era. Many consider the show the spiritual successor of Naruto.

The show has a thrilling storyline and a long list of iconic and unique characters. But, how tall are they?

You live in a world filled with superheroes, hoping that someday you can be one. This is Izuku Midoriya’s life.

Midoriya looks up to the Heroes and wants to be one. His dreams are shattered when he learns that he doesn’t have a quirk.

His life changes when he meets All Might, the world’s strongest Hero. Midoriya realizes that he has a chance to be a Hero, and he is determined to make it count.

It sucks to get bullied. You’re minding your own business, then boom! Some jerk trips you up or pulls the chair out from under you.

Bakugou Kastsuki was a middle school bully, and Midoriya was his favorite victim.

Bakugou is proud of his explosion quirk and often brags that he can take anyone in a fight. Ultimately, He is a reliable classmate and grows as a person during the show.

We all have that friend who is lighthearted and fun to be around. Ochako is that one friend.

Ochako gets along well with all of her classmates. Watching her bubbly attitude and how she interacts with her friends is comforting.

Ochako can be intimidating and fierce when the moment calls for it. Yet, her determination and tenacity are inspiring.

There is a time to be calm, cool, and collected. And Tsuyu Asui is the picture of composure.

Tsuyu is a student at UA with a quirk that gives her frog-like abilities. She is an honor student and is very intelligent.

Recovery Girl once described Tsuyu as a “perfect pillar of emotional support.”

Tsuyu’s quirk is perfect for search and rescue missions.

She is a dedicated, intelligent girl fighting to become a Hero.

A person’s childhood influences their character. For example, Todoroki Shoto grew up with a tough father and a traumatized mother.

He was permanently scarred when his mother poured hot water on the left side of his face. She did this because it reminded her of his father.

Shoto grew to resent his left side and his father’s powers. However, he later learned to accept it as his own, growing even stronger.

The class captain has to be the most qualified person.

Tenya Lida comes from a family of police officers. As a result, he is the most focused student in the class and sometimes can be a little overboard.

Lida is very dependable and steps up with the moment calls for it. His quirk allows him to move incredibly fast and be wherever he is needed in the nick of time.

It’s always impressive watching bodybuilders at the peak of their craft.

None of those bodybuilders are as impressive as All Might, the world’s strongest Hero.

Toshinori Yagi was the latest in the long line of heroes to wield one-for-all, a power passed down from generation to generation.

He was incredibly powerful and regarded as the symbol of peace.

All Might grows weaker as time goes by. So he decided to pass his power to Midoriya, the current wielder of one-for-all.

You arrive late to a difficult teacher’s class, and he gives you the death stare as you walk in.

Aizawa takes the death stare to another level. He is Midoriya’s class teacher and can be intimidating to be around.

Aizawa can erase the quirk of whoever he is looking at. He may seem intense at first glance, but he cares about his students and prioritizes their safety.

Because of Aizawa’s quirk, he always has dark circles under his eyes.

You are walking through the city, minding your own business. Then suddenly, a giant lady casually takes a step over your head.

Yu Takeyama is the largest pro hero. She usually handles the larger monsters and is known for her relative strength.

Yu is a relatively new hero, only debuting at the show’s beginning. She can be vain and craves attention.

Yu is serious about her hero status. She often acts in the interests of the civilians around her. She is careful about using her quirk if innocent people are within range.

Minoru Mineta is a short king that can be described as a nervous ball of energy.

He wants to become a Hero because of his interest in girls and the draw of fame and fortune.

Mineta has a perverted mind and will always take an opportunity to peek at girls. This often leads to painful results.

He quickly unravels in stressful situations, often overusing his quirk to the point of self-harm. However, Mineta is surprisingly intelligent and usually scores in the top of the class.

Mirio Togata is an interesting person. He can be a light-hearted character, often cracking jokes to lighten the mood.

Mirio is a source of inspiration for his teammates and the entire academy. He is one of the top three heroes, a position he takes seriously.

Mirio has a strong sense of justice and prioritizes people’s safety. He is an energetic Hero and was once believed to be the next symbol of hope.

Tomura Shigaraki looked very similar to Midoriya when he was younger.

His appearance changed once his quirk manifested. He was described as a man-child earlier in the show.

Shigaraki is the main antagonist of the show. His mentor is All-For-One, and he inherits the power when his mentor dies.

Shigaraki despises all heroes and believes them to be selfish. This is because his mother left him at an orphanage because of the dangers of her job as a hero. 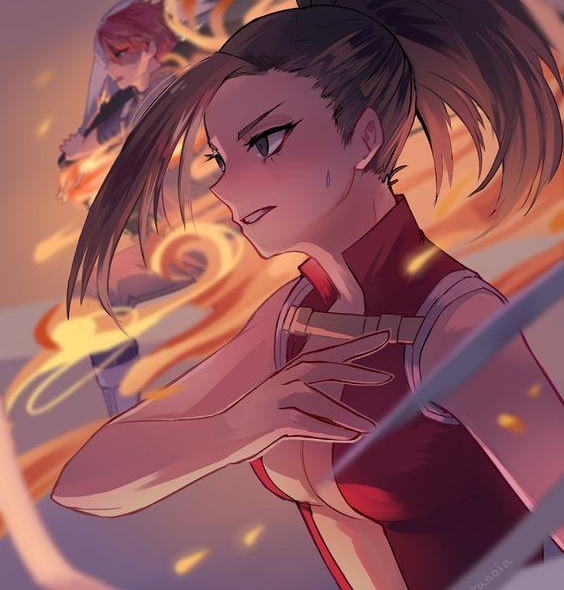 Momo Yaoyoruzu is an exceptionally intelligent student. She is the class vice president and a natural leader.

She has her insecurities. Momo occasionally doubts whether she is worthy of being where she is.

She receives encouragement from her peers and always strives to be useful in all situations.

Momo comes from a wealthy background but tries not to let slip how much money she has. Instead, she is incredibly humble and modest.

Himiko Togata is an enigmatic character. She is mentally unstable and sadistic.

Himiko seems to have a different understanding of love and normal relationships. This is clear when she tries to befriend Uraraka and Tsuyu in the middle of a fight.

Himiko acts hostile towards the men she loves. She seeks out their blood and is not above carving them up with her signature knife.

Himiko has no feelings of hostility. Midoriya could not sense any ill-intent even as she ran at him with a knife.

This implies that she feels emotions the same way as others.

She does not know how to express her feelings properly.

It’s not uncommon to have an overbearing parent. While more parents are beginning to accept their children’s choices, that wasn’t always the case.

Enji Todoroki is the prime example of an overbearing parent. He had a dream of becoming the number one hero but recognized his physical limitations.

Enji refused to give up on his dreams. He married a woman with ice powers so he could give birth to the perfect child. This is how Shoto was born.

Enji realized the consequences of his actions after a talk with All Might, the former number one Hero.

The My Hero Academia characters vary in height. Some are much taller than you think, and short kings like Mineta are thrown into the mix.

This variety adds depth to their interactions and makes the show much more enjoyable.