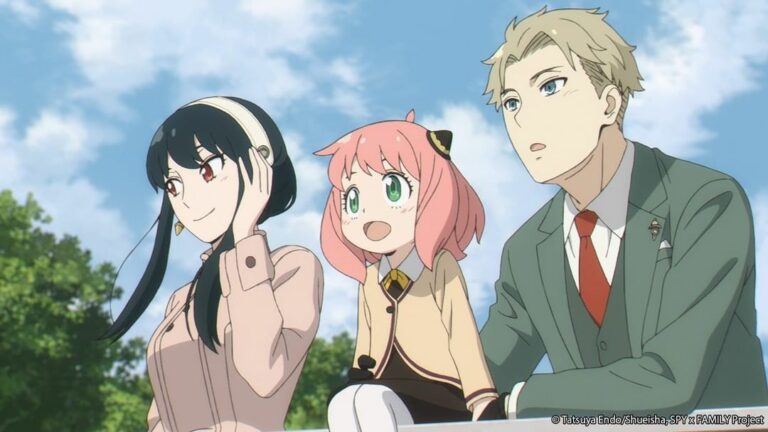 What makes the “Spy X Family” anime so good? Why is it so popular?

Well, the thing is:

It’s not your regular Shounen. Sure, there are plenty of intense fight scenes, but it perfectly blends that with its comedy and wholesome family theme.

The anime was co-produced by Studio WIT and Studio Cloverworks. These studios are famous for their works on series like “Attack on Titan” and “The Promised Neverland.”

I’m sure you can’t wait to start watching.

So, to make things easier, I’ve put together an overview and a guide. When you’re done reading, you’ll have no problem getting into this great series.

Spy X Family was announced in October 2021 and was scheduled for Spring 2022. In the announcement, the first season was set to contain 12 episodes.

The first episode of Spy X Family aired on April 9, 2022. It introduced two of the main characters, a Westalian Spy code-named ‘Twilight’ (alias Loid Forger) and Anya (an orphan), and adequately explored their respective backgrounds.

So here’s a quick recap:

Loid is a spy and Anya is a girl aged between 4 to 5 years old. The storyline starts to take shape when Loid adopts Anya due to a mission that was assigned to him. A mission that would see him infiltrate a prestigious school.

Even with Anya on board, the two still don’t make up a typical family unit. And Loid finds himself in need of a mother for his new daughter.

The search doesn’t take long, however, as Yor Briar agrees to marry him for her own reasons.

Loid assumes that he’s the only one keeping secrets or holding all the cards, or as some would put it, “pulling all the strings.” What he doesn’t know is that Anya is a telepath and Yor, a skilled assassin.

The family unit is complete and ready for their next challenge – Anya’s admission into the prestigious Elden academy.

Keeping you up to speed:

The fourth episode of Spy X Family aired on April 30 2022. It features a Forger family visit to the Elden Academy grounds after Anya passes the written test.

Each family present on the school grounds is secretly being monitored by Eden Academy instructors. They are deemed unworthy of the institution  at the slightest sign of a “lack of elegance.”

The Forger family is perfectly prepared for this and manages to evade traps set by the instructors themselves. Much to the delight of an Eden Academy housemaster named Henry Henderson.

The final stage of the interview process doesn’t go so well. During the questioning, an ill-willed housemaster evokes hurtful memories from Anya’s past, which leads to Loid losing his temper.

Henry Henderson puts in a good word for the group and Anya is accepted through the waiting list. Now that the first objective is cleared, Loid moves to the next stage of his plan.

In case you were wondering:

The seventh episode of Spy X Family was released on May 21, 2021. For the sake of Loid’s mission, Anya has the task of getting closer to the son of a politician.

How is it going? Let’s find out.

Anya has not made a good first impression. She even punches her target, Damian Desmond, straight in the face due to his excessive taunting.

For the sake of his mission, Loid needs her to apologize. After successive failed attempts caused mostly by Anya’s first friend Becky Blackbell, she successfully apologizes to Damian.

Damian outwardly rejects the apology, though he blushes like crazy before running off; signifying that Damian may have feelings for Anya.

As the Damian route goes up in smoke, Loid decides to explore a different option for Anya to take.

Now, I’m sure you are eager to find out what happens next. If so, here are a few airing updates to note.

Here are a few questions you might have regarding the series’ first season.

You might be wondering – What day of the week do new Spy X Family episodes come out?

For my American readers, you may be asking – How many episodes of Spy X Family are out in the USA?

All 12 episodes of Spy X Family are available on multiple streaming platforms for viewers located in the U.S.
And, just so you know:

Spy X Family is an ongoing series. The story is largely unfinished, and the manga is still receiving regular updates.

Is manga not your cup of tea?

Then you might be wondering – Does Spy X Family have 2 seasons?

No. Spy X Family currently does not have 2 seasons.

Though it gets better:

Spy X Family’s first season has a second cour that will begin airing during October 2022. The second cour is set to have 13 episodes, even more than the first.

Meaning there’s plenty for you to look forward to.

With that in mind – Will Spy X Family have more than one season?

There’s no real way of knowing this. However, despite having only 9 volumes in circulation, the manga has sold over 21 million copies.

Meaning that prospects of a second anime season are relatively high.

As the title suggests, Spy X Family is on both Crunchyroll and Hulu.

Yet, streaming platforms aren’t always reliable when it comes to releasing anime episodes. Meaning you might have some questions. Right?

Here we’ll answer some of the questions you may have regarding on-demand streaming.

If you’re really interested in the series, you may be wondering – When do the new episodes of Spy X family come out on Crunchyroll and Hulu?

New Spy X Family episodes will be simulcast on Crunchyroll and Hulu immediately they air in October 2022.

When does episode 3 of Spy X Family come out on Crunchyroll?

The third episode of Spy X Family was released on April 23, 2022 on Crunchyroll. It is available in both English sub and English dubbed.

Other fans have asked – When does episode 6 of Spy X Family come out on Crunchyroll?

The sixth episode of Spy X Family was released on June 4, 2022 on Crunchyroll.

When does episode 9 of Spy X Family come out on Crunchyroll?

Well, like the other episodes mentioned above, the ninth episode of Spy X Family has already been released. It was made available on Crunchyroll on May 14, 2022.

What Have We Learned?

Spy X Family definitely has an interesting premise; however, it might not have themes you’re used to from the regular Shounen series.

If you keep an open mind, this show is bound to be an unforgettable piece of media. Since it is readily available on popular streaming platforms, you shouldn’t have any problem finding its episodes on demand.

Last thing before you go:

Please share your thoughts on your expectations for this anime and other things you may have found out from this article.

Have a great watching experience!

Is There More Than One Season Of Spy X Family?

Currently, only one season of Spy X Family is available for viewing. Its broadcast, however, has been split into two cours (parts), meaning the second part of Spy X Family season 1 will air in October 2022.

Spy X Family is unfinished and is an ongoing series. Both the anime and the manga are continuously releasing content.

The first season of Spy X Family is currently the only season currently scheduled for future releases. Once the second part of the first season airs, it is unknown whether a second season will be adapted.

As of 2022, Spy X Family remains an unfinished series. The manga’s release is currently ongoing and the second part of the anime will air in the later parts of 2022.