Skip to content
Home » Anime » Why Didn’t Mirabel Get a Gift? Understanding a Mystery In Encanto

Why Didn’t Mirabel Get a Gift? Understanding a Mystery In Encanto 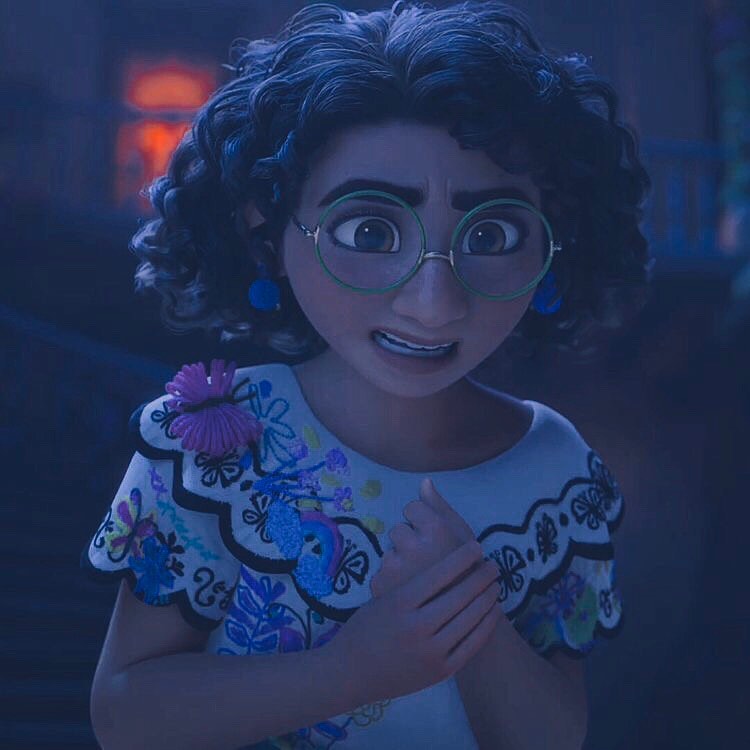 It’s a question that’s pretty notable. So, let’s look into it now.

Today, I want to focus on the biggest mystery in the Disney film – Encanto.

We all know that most of the members of the Madrigal family have unique magical gifts.

From communicating with animals to incredible strength, these family members have powers that make them special.

But what about Mirabel, the main star of the film?

Young Mirabel is the only member of the Madrigal family who doesn’t have such a gift.

It’s a question many people have about Encanto, but there are no clear answers.

There are a few theories from fans that we can use to determine why Encanto’s Mirabel isn’t gifted.

So, let’s take a look at each; starting with one of the more common ones.

Is Abuela the Reason?

There has to be a reason why Mirabel has no powers. But could one person be responsible?

Some fans have theories suggesting that’s the case.

One theory on Reddit involves how Abuela might be responsible for why Mirabel doesn’t have a gift.

Well, Abuela is believed to think that having more children would allow the family to have more magical skills.

She doesn’t consider the Madrigals as a typical family unit. According to her, they are all special, tasked with the duty to protect Casita.

Thus, she wants more powers to ensure Casita and her family stay safe.

So, is her desire for power responsible for her granddaughter’s misfortune?

There is a belief that Mirabel’s parents were pushed to have a third child after giving birth to Isabela and Luisa.

But the house refused to give Mirabel a gift because it didn’t want to reward Abuela for her belief.

Casita is a character in itself, and it had feelings for what was happening. Therefore, there’s a chance Abuela’s yearning for more power is the reason for Mirabel not having a gift.

Maybe Bruno Is the Reason

We don’t talk about Bruno. 😀 But, let’s make this one exception.

Is Bruno the villain of the film?

Granted, the movie doesn’t necessarily have a traditional villain, some fans argue that he is the closest thing the film has to one. After all, he is the one most of the family has shunned.

So, is Bruno really why Mirabel has no gift?

Bruno is a heavily misunderstood character, but some fans argue that he might be the reason why Mirabel doesn’t have a gift.

Abuela had started losing faith in the Madrigal family, imposing more pressure on everyone. This stress might have prompted Bruno to run off from the rest of the family.

As you may know, the family shunned Bruno after leaving them. Mirabel was also supposed to get her power on the same day that Bruno left.

Bruno knew the magic that kept the family together was in jeopardy.

So, he ended up leaving mainly to protect Mirabel from harm. Whether he was responsible for her not having a power is questionable, but some argue that it might be the case.

Here’s a moment of note.

It’s not one people think of, but it’s important. And it might be the truth.

Another theory on Reddit people have about Mirabel involves how she wipes her hands after touching the candle; that grants other family members their magical powers.

Her magical door disappeared right after wiping her hands – just before touching the door knob. Doing so could have kept her from receiving her magical ability.

One thing you’ll notice in most of the other flashbacks is that the other family members did not wipe their hands during their ceremonies.

Therefore, this point leads to the belief that Mirabel’s move of wiping her hands could have kept her from recieving her powers.

What do you think?

Is it a legitimate plot point, or is it a minor detail that means little?

The answer depends on who you ask.

Mirabel Had No Need

Mirabel was heartbroken over how she didn’t have a gift. It made her feel different from everyone else in the family.

There’s yet another theory that Mirabel didn’t need a gift.

What’s the reasoning behind this?

Well, the family members started providing many services for Casita as they came along.

These range from Pepa controlling the weather and preventing disasters to Bruno seeing the future and discovering how to stop impending problems.

Each gift is necessary for protecting Casita and the family. If you recall, it was always about protecting the house, something Abuela always wanted.

These gifts became mundane to where they might not be necessary. The powers were protecting the family, but they were isolated from the rest of an ever-evolving world.

Remember, Agustin and Felix don’t have powers because they came from outside the enchanted world of Encanto.

The odds are the other family members don’t know much about the world outside their magic.

Since these powers might not be as essential as people think. The family tree might have eventually gotten to a point where not everyone would automatically receive a gift.

Does Mirabel Technically Have a Gift?

Is Mirabel actually enchanted without knowing it?

An argument can be that Mirabel does have a magic ability.

Screenrant writes that Mirabel has the power to understand Casita’s needs. She recognizes the squabbles the family members have are causing the cracks in the home to appear.

By helping other people accept themselves and each other for who they are, it becomes easier for the cracks to heal.

Here, the argument is that Mirabel understands what is necessary to keep the family together.

But, whether Mirabel can communicate with Casita remains a mystery. But her ability to unify the family and get everyone to love one another could be a gift.

Will Mirabel Be the Next Leader?

Another theory is about how Mirabel could become the new matriarch of the Madrigal family.

Will she be the leader after Abuela passes on?

Abuela doesn’t have any powers because she is the leader of the family tree.

Since she didn’t have a gift, Abuela could see much of what happened without changing her mind about anything.

Mirabel is in a similar situation in the film, as she sees things clearly and isn’t influenced by any powers.

So, since Mirabel understands what is happening, there’s a chance she might become the future leader of the family.

Remember, there’s more in common between Abuela and Mirabel than you realize.

Mirabel is a Mix of Everyone

Here’s one more thing to think about.

The final theory is that Mirabel has a power in that she is an amalgamation of everyone else in the family.

Is she a Jill-of-all-trades even if her powers aren’t magical?

A user on Reddit states that while she doesn’t have powers, she has enough characteristics similar to everyone that makes her a de facto family leader.

She helps the family grow instead of making plants grow like Isabela. She can shift between roles quite well instead of shifting forms like Camilo.

Mirabel can also hear and feel other people’s pain even though she can’t hear everything like Dolores. There’s a small bit of her in everyone, and Mirabel herself lets it all out.

Like many other Disney films and properties, Encanto is rich in fan theories.

The theories people have over why Mirabel doesn’t have a gift and whether she does have vary and will continue to pop up in the coming years.

The discussions about this movie are a part of what makes Encanto such a fascinating film.

So, do you have a different idea of why she doesn’t have a gift?

Does Mirabel ever get a gift?

Throughout the film, Mirabel does not get a gift. Although, whether she had one all along depends on how you look at it.

Did Mirabel not get a gift because she wiped her hands?

Mirabel wipes her hands after touching the magic candle right before opening her magic door. No other family member appears to do this. But it is still uncertain whether this is a contributing factor or a mere coincidence.

Why does Mirabel have no gift?

There’s an argument that Mirabel will be the future matriarch of the Madrigal family. But there’s also a belief that Abuela’s overly protective nature or Bruno’s departure might have caused this misfortune.

What is Mirabel’s gift in Encanto?

Some fans argue that Mirabel’s ability to understand the family’s specific needs is her gift. There’s also the argument that she has powers similar to what everyone else has.